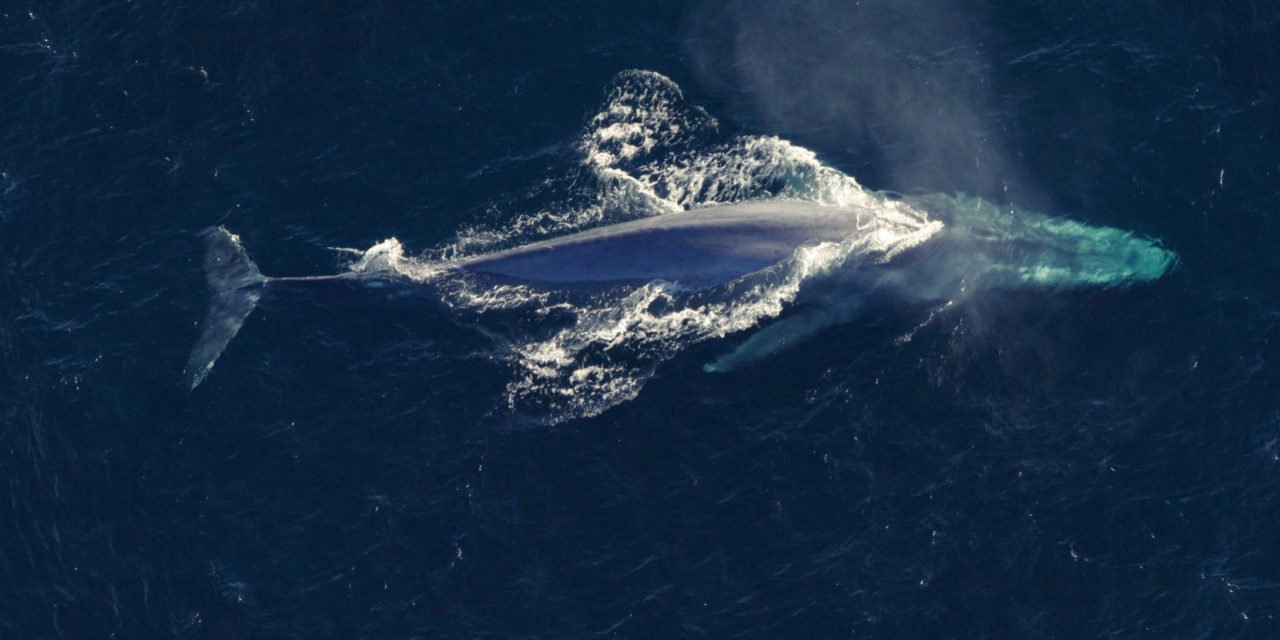 The Blue Whale is back!

The largest animal to have ever existed is once again splashing in the waters of California and the Antarctic.   Roughly 30 meters long (nearly 100 feet)  and weighing 190 tons, the magnificent Blue What flourished in oceans around the world until the end of the 19th century.

Then, whalers hunted Blue Whales almost to the brink of extinction. In the 20th century, nearly three million cetaceans were slughtered, according to a 2015 study reported in Nature.  Blue whale numbers were reduced by up to 90%.

Science and Cooperation to the Rescue

In 1967, the International Whaling Commission banned the hunting of Blue Whales.  Thanks to the cooperation of people around the planet,  Blue Whale populations are returning to historical levels.

After 50 years of work by conservationists and educators, whale populations began to rebound. In 2014, scientists at the University of Washington reported that California blue whales had reached 97% of their historical levels.

But wait, there’s more!  In early 2020, scientists observed blue whales near South Georgia Island in the Antarctic.  From one single sighting in 2018, observersers saw a record 55 whale-sightings in 2020. This large number suggests that Antarctic Blue Whales are coming back from being critically endangered.