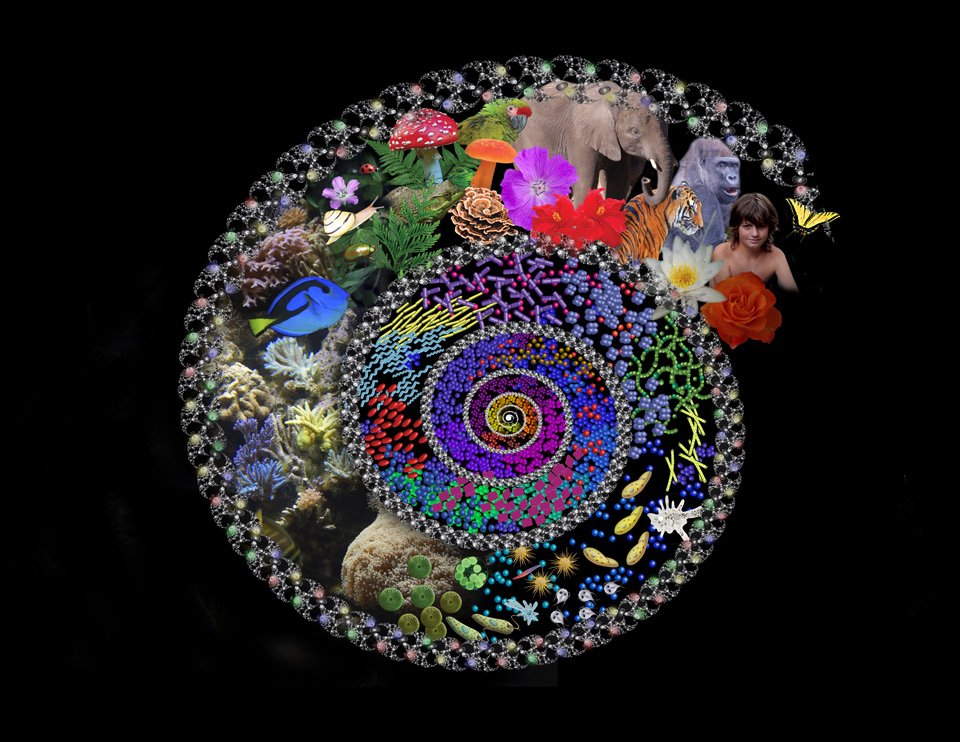 Nothing in biology makes sense except in the light of evolution. ~ Theodosius Dobzhansky

Central to the Epic of Evolution is biological evolution, which gives rise to the great diversity and underlying unity of all life.   And at the heart of biological evolution is DNA.  Since life emerged over 3. 5 billion years ago, similar patterns of DNA have been spiraling through all living creatures, including our earliest, single-celled ancestors.

DNA is passed down from parent to child.  Surprisingly, in the most abundant creatures on Earth, the bacteria and archaea, DNA is also passed horizontally: from sibling to sibling, from cousin to cousin and from distant relative to distant relative. Sometimes, DNA is transfered horizontally in more complex organisms as well.

DNA is the code of life.  Variation in DNA happens via small changes in the “letters” of DNA, and also via insertions and deletions of whole “sentences” “paragraphs” and and even “manuscripts” written in the code of life.

DNA varies from organism to organism, giving rise to the diverse traits we observe.  This variation is caused by point mutations and by DNA mobilized by Natural Genetic Engineering.

In general, those organisms that harmonize best with their environment, are attractive to a mate, or are most pleasing to a breeder live to pass on their DNA to the next generation. These processes are known as natural selection, sexual selection and artificial selection.

Over long periods of time, genetic variation coupled with inheritance and selection gives rise to spectacular diversity of life on Earth.