“How do I makes sense of this overwhelmingly huge universe?”  “What is my purpose?” “Why did I just eat that whole bag of chips?”

For many of us, these questions remain unanswered or unanswerable.  For others of us, we can begin to understand such questions with an understanding of where we came from.

Nothing makes sense except in the light of evolution.

Theodosius Dobzhansky was a leading geneticist at Rockefeller University and the University of California, Davis. This quotation was the title of an essay entitled Nothing in biology makes sense except in the light of evolution that Dobzhansky wrote for American Biology Teacher in 1973. The quote has become a mantra for biology teachers around the globe who teach their students that the disparate facts of biology make sense under the one umbrella of evolution.

Dobzhansky’s observation applies to more than just biology.  It applies to physics, chemistry, history, anthropology, and psychology. Evolution shines a light on the origins of matter, chemicals, stars, life, and culture. In short, evolution shines a light on the whole story of the universe. Our evidence-based creation story does not make sense except in the light of evolution.

Things make sense in the Light of Evolution

So why did I just eat that whole bag of chips?  Because my ancestors ate when food was available.  Thanks to carb cravings, our ancestors survived to pass on their genes and we are alive to enjoy the chips (and to rue the extra weight.)

Evolutionary theory is powerful.  In the light of evolution, so much that was once a mystery now makes sense.   And because we better understand ourselves, we can learn ways to optimize our lives.  For example, knowing that our ancestors craved carbs, we can refrain from beating ourselves up for low restraint and instead find ways to hack our biology.  We might, for example,  trick our bodies into feeling full by eating more fat and fewer carbs.    Everything makes sense in the light of evolution!

Without the deep time perspective of the Epic of Evolution, little makes sense.  With the void of unknowing, some people feel uncertainty and feelings of anxiety.  Others fill the void with stories that lack evidence.

In contrast, because evolution makes so much sense, this perspective offers feelings of integration, wholeness and peace. This is story as therapy. The purpose of the Epic of Evolution is to orient you to the universe in a way that makes you feel at home. The profound well being I experience is the reason I have created and continue to add to this web site.

For many people, the popular story of  biological evolution produces a sense of existential angst.  This version of evolution focuses on “struggle for existence” and “nature red in tooth and claw” and  “survival of the most selfish.”  While there is truth in these tropes, they only offer a small part of the amazing story of evolution.

A deep time perspective offers growing evidence that the universe, at least in our corner of the cosmos, is moving toward ever greater complexity, consciousness and cooperation.

It all makes sense!

Everything Makes Sense
in the Light of Evolution! 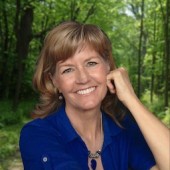