What Genes Make Us Human? 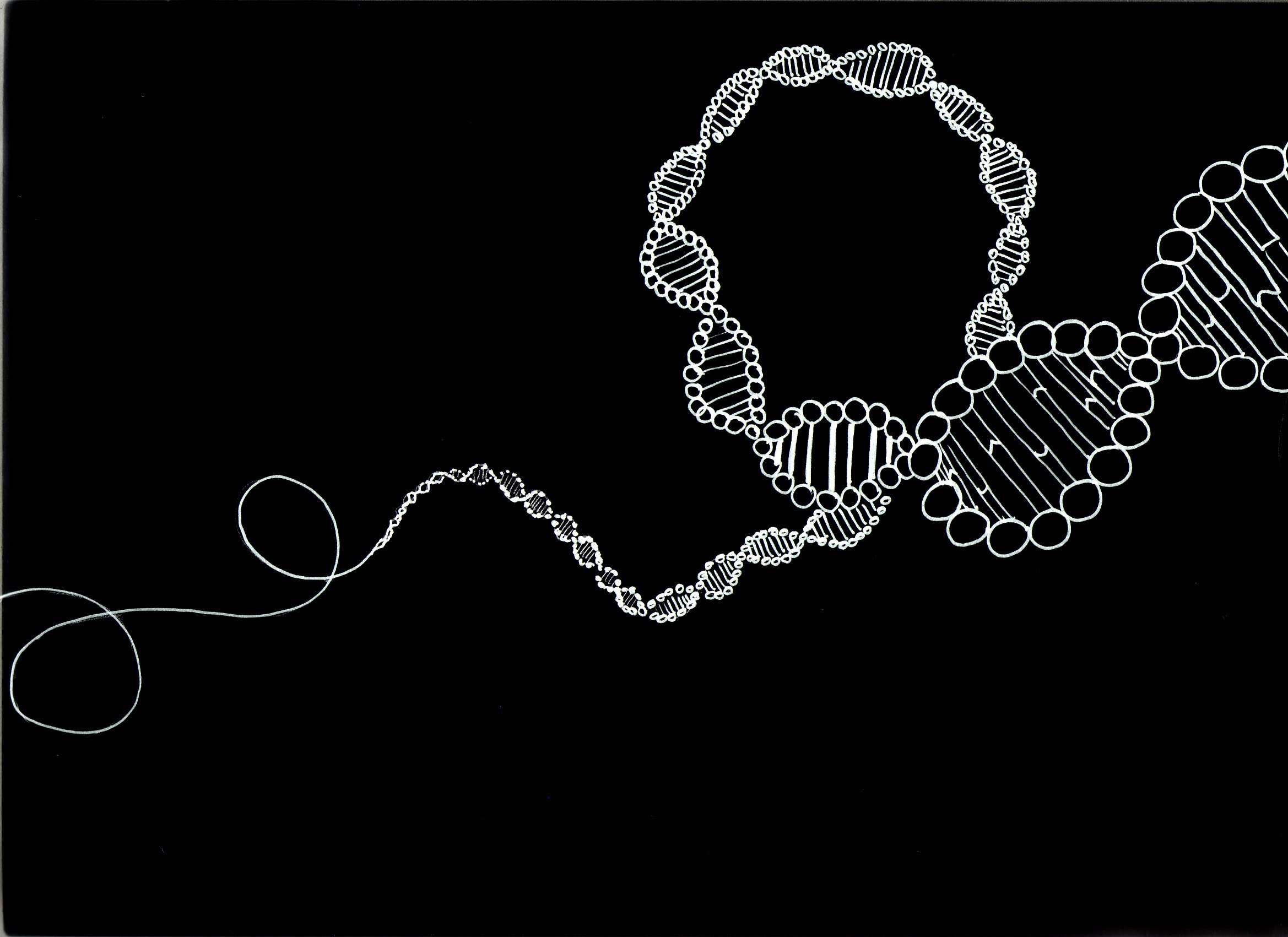 As denizens of the Genomic Age, we can now begin to see how evolution actually happens. And, according to genome scientist Dr. Sikela, we now know that “gene duplication is the major mechanism underlying genome evolution.”  Furthermore, we can see the particular sections of DNA that have duplicated to make us human!

Last week, I joined around 50 Denverites over dinner and beer to listen to genome scientist, Dr. James Sikela,  discuss “What Genes Make us Human?” at the March, 2013 Cafe Scientifique.

As professor in the Department of Biochemistry and Molecular Genetics at the University of Colorado School of Medicine, Dr. Sikela has made major contributions to the human genome project.  With this expertise, he is on the ground floor finding those genes that separate us from the chimps and other primates.

Dr. Sikela’s team has discovered a particular stretch (domain) of DNA that is found in large copy numbers in humans.  Because these domains are highly expressed in brain tissue, this “DUF 1220” domain may be the underlying cause of human brain evolution. In humans, the DUF1220 domain has duplicated to some 272 copies, more than the 125 found in chimps and more than any other primate or animal.   Dr. Sikela’s data shows that this copy number increase correlates with increased brain size.  (Yet he also warns that correlation is not necessarily causation.)  No one knows the function of the DUF1220 or the exact roles of the genes it hops into.

While the function of the DUF1220 remains unknown, what is crystal clear is the importance of gene duplication in evolution.  The more that scientists know about DNA, the better they can understand how genetic variety is introduced.

Dr. Sikela noted that while the DUF1220 may be responsible for the greater cognitive powers of humans, these duplicated DUF1220 sequences come at a cost.  It turns out the many genetic diseases, such as autism, schizophrenia and macrocephaly may be the result of DUF1220 duplications. Depending on your point of view, you can see gene doublings as selfish errors (departures from the norm and potential agents of disease) or generous in allowing the human species to flourish in new habitats.

According to Dr. Sikela, comparing genomes has given us 3 billion more data points in support of evolution.  If anyone could possibly doubt the fact of evolution, genome science proves beyond ALL doubt that evolution is a fact.

Furthermore, in Sikela’s words, genome sequencing clearly shows that “gene duplication is the major mechanism underlying genome evolution.”  In the past,  scientists have focused on single nucleotide substitutions as a primary generator of novelty.  Now we know that gene duplication provides the redundancy that facilitates innovation.

We can now sequence and compare entire genomes for a fraction of the cost and time as compared to years past.  This allows us to compare our human genome with that of our closest relatives to see what changes in DNA gave rise to us.  Thanks to genomics, we now have a much better view of how genetic novelty is created, and thus, a much clearer understanding of how evolution acutally happens.