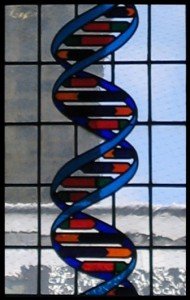 "Science and religion look at the same reality through different windows." ~ Freeman Dyson

Science and religion are the two most powerful forces of society. Together they can save the Creation. ~ E. O. Wilson, Biologist

One of the goals of this web site is to promote dialog between religion and science, so that we all might benefit.

A wonderful dialog between religion and science is being fostered by the Clergy Letter Project, the sponsor of  Evolution Weekend.

One of the purposes of religion is to orient people to the cosmos in a meaningful way. Since the publication of Darwin’s “Origin of Species” many people have felt disoriented because evolution seemed to contradict what people had known, which, for many people, was contained in the Bible. Some, who found the Bible to no longer be a “scientific” document,  abandoned religion, while others stuck with religion for social reasons.

Yet for a growing number of other people, the science of evolution adds depth and richness to the poetic story of Creation outlined in Genesis.  The Epic of Evolution enriches their faith by reorienting them to a grander vision of the unfolding universe.

the central problem in teaching evolution:

“is that people confuse evolution with atheism. They believe that they have to choose between evolution and God, between science and religion. ~ Eugenie Scott

What is the biggest barrier to people accepting the science of evolution?  It’s not lack of evidence. The research of thousands of scientists produces ever more compelling evidence for evolution every year. Yet despite the overwhelming evidence, evolution is still doubted by many in the public and still not taught in many schools.  According to Eugenie Scott, Executive Director of the National Center for Science Education, who has studied this problem for many years,the central problem “is that people confuse evolution with atheism. They believe that they have to choose between evolution and God, between science and religion.”

Because the culture in which I live is primarily Christian, I write primarily from this perspective. Just as an evolutionary world view can enrich Christianity, it can enrich all religions and philosophies and can be the basis for mutual understanding.

Many people consider themselves spiritual but not religious. This site is for them as well. Many spiritual people have embraced evolution. Links to their web sites are included here as well.

Less and less do I see any difference between research and adoration. ~ paleontologist and priest Pierre Teilhard de Chardin

Following are links to other web sites that discuss evolution and religion:

I find the epic of evolution, from the “Hot Big Bang” to Homo sapiens, an illumination of how the Creator God is and has been creating.” ~ Arthur Peacocke, Biochemist and Priest.