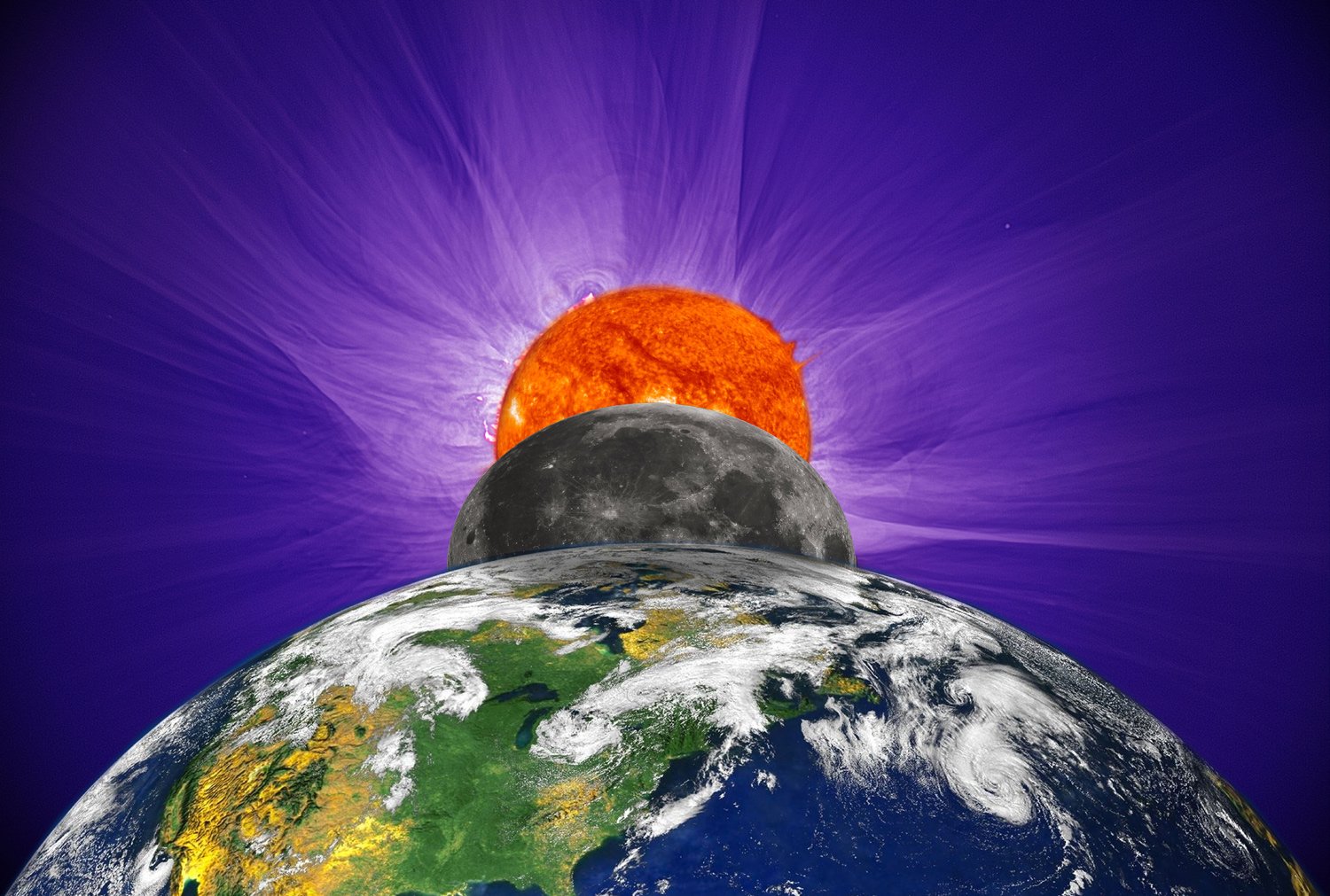 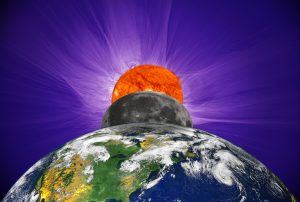 For more information about the 2017 eclipse, visit The Great American Eclipse.

Eclipse chasers are a rare breed of enthusiasts that share my passion for the natural world.

Following are the words of Fred Espenak as quoted in the book Total Addiction by Kate Russo.

“You cannot completely prepare yourself for the sight of a total solar eclipse. When totality arrives, you will experience primal emotions and wonderment at the unspeakable beauty of the corona and the panoply of colors and light as you’ve never seen before. You will involuntarily scream, gasp, or perhaps cry at this astounding vision.

“You will be looking straight down a billiard shot of the Earth, Moon, and Sun lined up perfectly. By celestial coincidence, the Sun and Moon’s apparent disks in the sky are nearly the same. This serendipitous fact allows the Sun to be completely covered during eclipse yet also allows us to see the Sun’s atmosphere, its corona. The corona is hidden from us all our lives except for the very special moments during the total solar eclipse.

“When you look at the eclipse, you will perceive the blackest black imaginable surrounded by the Sun’s ever-changing atmosphere, the corona. The quality of light is stupendous with an amazing light show of iridescence, scintillation, and delicate colors.

“Another realization that may hit you during totality is that you are watching the solar system in motion. In real-time, you can perceive the relative motions of the Moon around Earth and the Earth around the Sun.

“Even for those who have seen it before, a total solar eclipse is an intensely emotional experience. You will feel ecstasy, wonder, and regret when it is over. You will immediately discuss plans to see the next one.

“A piece of wisdom that all experienced eclipse observers tell those new to totality: do not attempt photography during the precious two minutes of the Sun in total eclipse. Instead, capture the moment with your senses and savor each second of the precious two minutes of totality. What you see will be seared in your mind’s eye for the rest of your life. No camera can capture the full range of light, darkness, and colors of the corona and sky. Besides, you will be so mesmerized by the spectacle that you may not be able to operate your camera.

“Experienced astrophotographers will make their photographs available on the web soon after the event. You will appreciate these photographs but with a knowing smile that these images, no matter how good, are a pale reflection of what you saw with your very own eyes.

“There are precious few events in life that leave such an indelible impression that the simple act of recollection can quicken the pulse and increase respiration as vivid memories flood one’s mind. The total eclipse of the Sun is just such an event.

“The simple act of standing within the shadow of the Moon affords the rare and unprecedented opportunity to gaze directly at the halo of million-degree plasma surrounding our star. Twisted, tortured, and constrained by the Sun’s enormous magnetic fields, the solar corona is revealed to the naked eye only during the brief seconds when the Moon complete blocks the brilliant disk of the Sun.

“The corona’s gossamer crown of pearly light displays an ethereal beauty that transcends both science and nature. It hypnotizes the viewer into an altered state where time seems to stand still. Nevertheless the diamond ring of third contact, signaling the end of totality, appears much too quickly. Hungry eyes search in vain for one last glimpse of the corona hidden by the rapidly expanding glare.

“Totality is over. The memory of this fleeting event will be replayed many times in the years to come. But for some people it will not be enough. They will travel to the far corners of the globe at the appointed time and place to witness the grand spectacle again. And again. And again. They are the eclipse chasers.”